Houston, TX – Senator Paul Bettencourt (R-Houston) filed SB 581, the Homeowners Religious Freedom Act, providing protection for homeowners who wish to place certain religious displays on their front door. Too many homeowners’ associations (HOAs) had adopted restrictive rules that would order the removal of religious displays on homeowners’ property. This legislation was also filed by Bettencourt in the 85th and 86th session. Joint-authors for this legislation include Senator Lois Kolkhorst (R-Brenham) and Senator Brandon Creighton (R-Montgomery). Representative Mike Schofield (R-Houston) filed the identical companion bill, HB 1569, in the house.

“The HOA does not own your property and should not be in the business of placing overly burdensome restrictions on the free exercise of your religion,” said Senator Bettencourt “No one has a right to tell you that you cannot worship at your own home,” said State Rep. Mike Schofield, the author of the bill in the House. “Preventing someone from having a religious symbol on their own lawn is an infringement on freedom that is positively un-Texan, and it must stop.”

“The bottom line is simply that if a homeowner wants to display a Nativity Scene, put a Cross or Menorah on their door, or exercise their religious freedom, whatever their religion might be, a homeowners association should not have the right to prevent that,” concluded Senator Bettencourt.

Senator Bettencourt plans to file legislation on a variety of topics in the upcoming weeks. 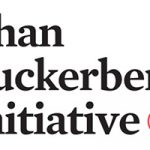 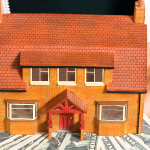