Austin – The Texas Senate today unanimously passed House Bill 810, authored by Representative Tan Parker and sponsored by Senator Paul Bettencourt (R-Houston). The legislation previously was unanimously approved by the Health & Human Services Committee chaired by Senator Charles Schwertner (R-Georgetown) on a vote of 9-0 and unanimously approved by the Texas House. HB 810 grants patients with terminal illnesses or severe chronic diseases access to adult stem cell treatments that often are their last hope of significantly improving their physical well-being or even saving lives.

“The gaveling of final passage is normally done by Lt. Governor Dan Patrick and was given over to Representative Drew Springer, whose emotional speech on the floor of the House saved the bill before it’s required midnight passage deadline on May 11,” said Senator Bettencourt, who thanked Senator Van Taylor (R-Plano) and other co-authors.

Representative Parker filed HB 810 in the Texas House to authorize doctors to prescribe adult stem cell treatment to patients suffering from the debilitating effects of severe chronic illness or terminal disease. HB 810 continues the work from last Session with the passage of the Andrea Sloan ‘Right to Try’ legislation sponsored by Senator Bettencourt, which authorized terminally ill patients faster access to safe but experimental drugs to save or prolong their lives.

In comments to the Senate in an emotional Senate floor speech, Senator Bettencourt said, “Everyone has a zest for life, and adult stem cell treatment can continue a good quality of life.”

During HB 810’s committee hearing, members heard from patients Tracy, who has battled multiple sclerosis for 18 years, and Jennifer, who has battled it for 13 years. Senator Jose Menendez (D-San Antonio), Representative Springer and the author of the bill Chair Tan Parker all have shared stories of their spouses’ fights against chronic illness and the hope, like so many Texans that adult stem cell therapies could extend, improve and save lives.

“With today’s unanimous vote, the Texas Senate has given all Texans who are chronically and terminally ill patients a fighting chance at winning their battles and extending their lives,” Senator Bettencourt concluded. “Into the 21st Century we go!” 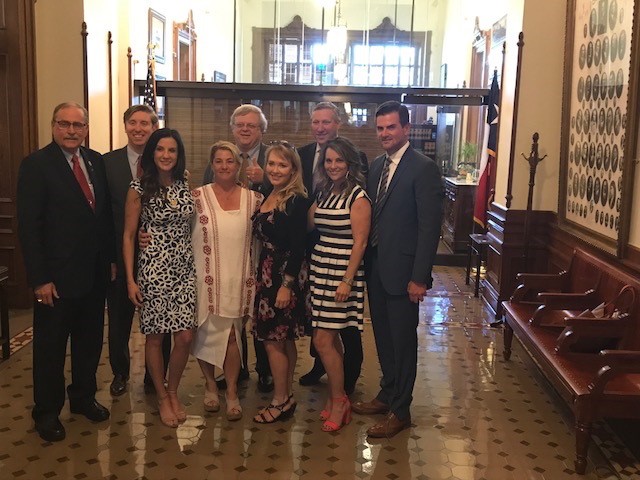