Possible that some votes won’t be counted that otherwise would have been due to her error
Previous unanswered question remains – are non-citizens being taken off the roll or not?

“The integrity of the voter roll is paramount because without it the public can question the results of any election,” said Senator Bettencourt. “These actions are undermining the integrity of the Harris Country voter roll, which is not only the largest in the state of Texas, but the very fabric of our election process, and it must stop!”

All You Need To Know About Politic 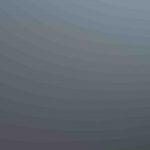