HOUSTON – Sen. Paul Bettencourt (R-Houston) today busted another property tax myth, stating that the claim that local governments are not increasing tax bills and revenues because they are not changing tax rates is simply not true.

“Appraised values in many major Texas cities like Dallas, Houston, Austin and Fort Worth are up 12 percent. Without some sort of property tax rate reductions, government revenues will rise by 12 percent and so will tax bills,” Sen. Bettencourt said. “In 36 hours of public testimony, the Senate Select Committee on Property Tax Reform and Relief has heard one issue loud and clear: Property tax bills are growing three times faster than median income – taxing property owners out of their homes and businesses.

“Lowering property taxes and cutting the size of government is a pro-economic growth tax plan that would stop hard-earned taxpayer monies from being sent into government coffers around the State,” he added.

Currently, city and county taxes on all existing properties can increase up to 8 percent annually plus new construction values and other items that are excluded without voter approval. This is why factoring in new properties can bring that number up to 12 percent each year. When total property taxes increase by 12 percent a year over three years, a city or county’s tax revenue increases 40 percent. The city or county’s revenue windfall comes at the expense of its businesses and homeowners, who face a 40 percent tax bill hike over that time – a burden that has already happened in Harris County and others, for example. 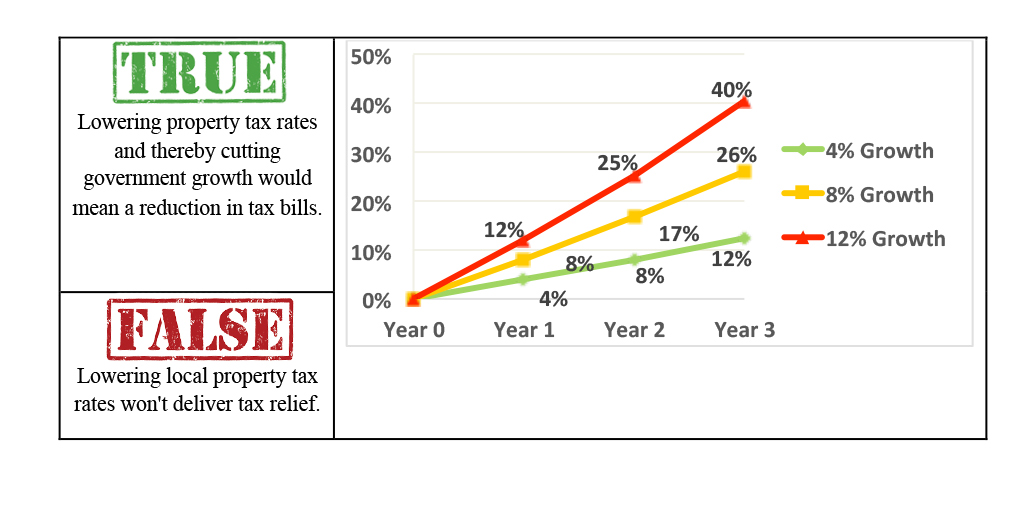