Austin, Texas – House sponsor Representative Dennis Paul (R-Houston) passes SB 1111 authored by Senator Paul Bettencourt (R-Houston) by a vote of 81-65 to stop the use of private P.O box as a registration address and ensure voters are registered to vote where they live. This bill is a step in the right direction to ensuring a trusted election outcome, and a fair voter roll so voters cannot establish residency for the propose of unfairly influencing a election outcome.

“There has been a known problem in Harris County since 2018. We must have voter rolls with integrity! There are approx. 4,800 voters registered at private UPS store P.O. boxes in Houston and there is quite frankly no way anyone can fit into a 2×3 inch post office box!” said Senator Bettencourt “Senate Bill 1111 is about ensuring voters are registered to vote at a physical address where they live so elections are not unfairly impacted.” he said. “We cant have impossible addresses on the voter roll.” he emphasized.

In 2018, the UPS Store on Waugh Drive had 84 voters who were registered to vote with a residence address at the UPS Store and 22 of those people had voted in the November 2018 election. Currently, there are 54 registered voters at the 1302 Waugh Drive UPS store in Houston, Texas. “This clearly shows a real life example of an ongoing issue that needs to be addressed to protect the integrity of our elections,” said Bettencourt. “Senator Bettencourt and I are glad to get this common sense legislation passed to prevent people from voting from a 2 by 3 inch private P.O box,” added bill sponsor Representative Dennis Paul.

SB 1111 would emphasize that a person would be prohibited from establishing a residence in a place that the person has not inhabited, i.e. a private P.O. box. If the registrar believe the voters address is incorrect, they will send a written confirmation request and the voter can provide proof of their residence. This change to the voter registration provisions further supports an accurate voter roll in each prescient.

“Its critical to future elections that we have a voter roll with integrity so all Texans can trust the outcome,” said Bettencourt. “Big thanks to Dennis Paul for carrying this bill over the finish line in the Texas House so we can ensure accurate and fair election results!” he concluded. Both Senator Hughes and Representative Cain supported this legislation in their committees. 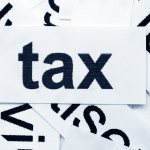