“3 for 3, a “Hat trick” of excellent voter bills passed out of the Texas Senate.,” said Senator Bettencourt. “Each one of these bills fix a voter integrity issue up to using DPS and DMV records for citizenship verification for voters, and remove them from the voter roll if necessary. I first testified in the US Congress in 2006 as a voter registrar for a citizenship list, 15 years later I’m proud to pass a bill on it in Texas!” added Bettencourt. I want to thank the members of the Senate that voted for this bill and Lt. Governor Patrick for the support.

These 3 bills would make the following changes in voter registration to further support an accurate voter roll as well as work to address and clarify past and future election disputes:

“These bill are designed strengthen the integrity of the voter roll in Texas.” he added. “The public needs to be able to trust that their local election officials are properly doing their jobs…and that the election code is being followed in all cases,” he concluded.

Senator Bettencourt also has additional election legislation that is a part of the package of “Integrity-7” election bills on a wide range of issues addressing the Texas Election Code and voter integrity. 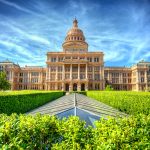